The sun’s out, you’re at the pool and you decide to take a video with your phone when suddenly… you drop it in the water. Ruined. Or, you’re out for a surf, catch the wave of a lifetime, but have no way to show friends your moment of glory.

With a waterproof action camera like Insta360 ONE X2, you never again need to worry about these types of scenarios. Boasting a rugged design and IPX8 waterproof to 33ft, ONE X2 can handle a dunk in the water and then some. But that’s far from the full story.

As a waterproof 360 camera, ONE X2 offers a world of creative possibilities that traditional wide-angle cameras are simply unable to match.

One major reason ONE X2 would be a game-changer for your water sports videos is 360 reframing.

While you might not care about shooting immersive 360-degree content, with a waterproof 360 camera you don’t even need to point the camera. Just mount the camera (say to the edge of your surfboard) and reframe the shot in any direction later.

Without moving the camera even once, you can switch the video angle to get multiple views in one shot. And you can still export it as a traditional format video that you can share directly to social media like any other video. Check out how it works below, as the camera pans from one diver to the other:

The next best thing about a waterproof 360 camera is the Invisible Selfie Stick. When you shoot with ONE X2 on a selfie stick or extension rod mount, the stick will automatically be removed from the shot, making it look like your camera is floating in the air. This is because the stick falls in the blind spot between the camera’s two lenses. All you need to do is import your footage into the Insta360 app and like magic, the stick is gone.

ONE X2 is also equipped with Insta360’s gimbal-like stabilization algorithm, known as FlowState Stabilization, and built-in 360-degree horizon leveling. FlowState stabilization ensures that your footage remains butter smooth and upright, no matter how you jump, flip or move on the water.

A long-life 1630 mAh battery keeps ONE X2 going longer than most action cams, with an impressive run time of 80 minutes when shooting in 5.7K@30fps.

ONE X2 is natively waterproof without a case, but for underwater 360 shots, pick up the Dive Case for ONE X2 for seamless underwater stitching of the footage from both lenses. And here’s the ultimate proof this camera and case are up to the task: they survived being eaten by a shark!

In terms of other accessories, the Premium Lens Guards are great for shooting wide-angle shots (non-360) in Steady Cam mode, while keeping your camera protected. We also recommend the Floating Hand Grip, which will bring your camera safely to the surface if you happen to drop it.

When it comes to the edit, the Insta360 app is an absolute powerhouse, making it quick and easy to get great footage from your water-based adventures.

Instead of having to buy a filter for shooting underwater video (as with other action cameras), ONE X2 has a ready-made solution: AquaVision. AquaVision is an AI-powered color correction editing tool in the Insta360 app that gets rid of the blue haze and turns water crystal clear. Just import your footage and toggle on AquaVision on export. Check it out below:

For more info, check out the Insta360 YouTube channel or head to the Insta360 store to buy your ONE X2 today.

For everyday use, you may want a mini waterproof action camera that you can take with you anywhere.

Insta360 GO 2 weighs just 27g (less than an ounce) and is no bigger than your thumb, making it the smallest waterproof camera in Insta360’s product lineup. GO 2 is native waterproof to 4 meters (13ft), so it’s great for sitting poolside or for underwater shooting too.

The best thing about a tiny waterproof action camera is that you never have to worry about whether to take it with you on a day out on the water. Just throw it in your beach bag and you’re all set for the day. Starting and stopping shooting is as easy as pressing the front of the camera, which has a built-in button.

Because GO 2 is so small, it’s also ultra-mountable and wearable. The included Pivot Stand is a handy accessory that can be used underwater as a handle to hold the camera. For more high-intensity water sports, you can pick up the Action Mount Adapter to mount the GO 2 with a range of accessories. GO 2 also comes with a Lens Guard to keep the camera’s lens protected on a day out.

Plus, because the camera is so small, you can put it in places you might not have thought of before… 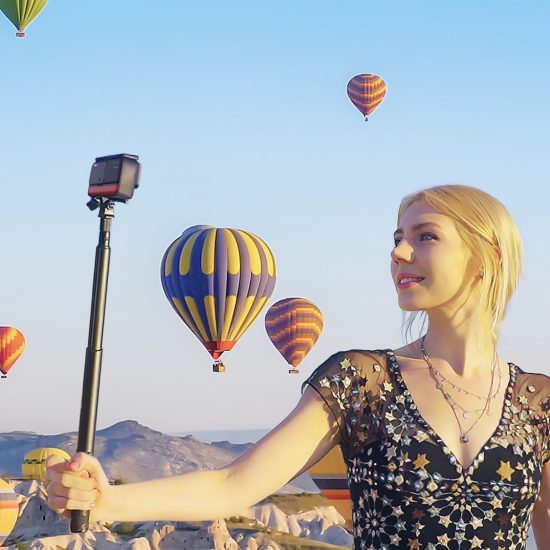 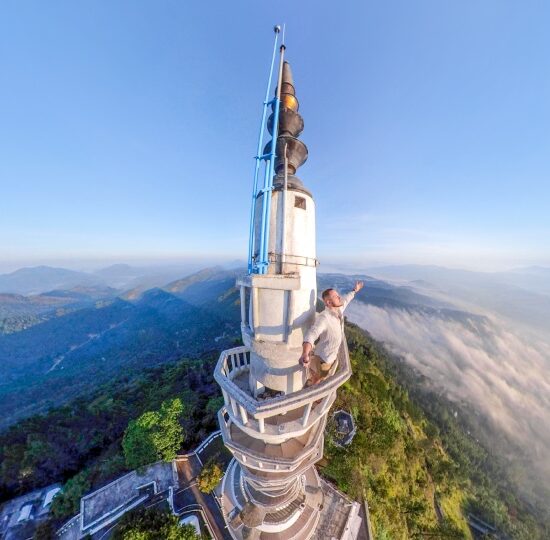