One great thing about the Insta360 Community Group is the plethora of talented photographers we interact with every day. We had the opportunity to interview British professional filmmaker and full-time cat lover, Philip Bloom. Having been exposed to photography at an early age, Bloom decided to commit to his hobby as a way to make a living. Bloom, now an established award-winning filmmaker, continues to challenge conventional methods of photography and filmmaking through the experimentation of 360 cameras.

Could you tell us a little about yourself?

I’m a professional filmmaker and occasional photographer. I’ve been doing this for 28 years now. I usually work in documentaries for broadcast television and independents, as well as a lot of personal documentary work. Initially, I was in a staff job at Sky News for 17 years, and I went freelance 11 years ago and this is when I started working across multiple genres of filmmaking and budgets. I have worked in large budget productions, but I prefer the smaller ones because it is creatively more fulfilling. Sometimes you have to commit to the bigger projects to bring in money so that you can work on the smaller, more satisfying ones. Over the years, I’ve been trying all the new technologies that have come along, trying my best to embrace everything that happened and integrating them into my filmmaking. The DSLR revolution was a big deal for me and many others back in 2008/2009 giving us large 35mm sensors at a low cost; this was a true game-changer. Recently, I have been working on a science fiction short film called, Salient Minus Ten. I just saw the finished film on the big screen for the first time and it looked beautiful! I am always excited to try new things, but I am always looking at different ways of doing things and that’s where 360 come in really. How did you make the transition from a regular job to freelance?

It’s a difficult decision to make whether to stay at a regular job, getting nice pay and all the benefits that go with it. To give up that stability for instability is terrifying, but it was something I had been thinking about doing for a while. The challenge was being brave enough to take that leap, and it can be hard. During the time at my staff job, I was making documentaries for the company and it was really fun and exciting, but unfortunately, they didn’t want to make the documentaries anymore. That made me realize it was perhaps time to leave and I was really lucky that the man who is in charge of the unit, the executive producer, went off to become the deputy commissioner editor of Channel 4 documentaries. He offered me a short-term job to shoot a television series for him, and I did it. I basically left a 17-year job for a 6-week contract, and it was terrifying. But it was the only way to go. As a matter of fact, in this industry freelancing is the only way to do it, as there are so few staff jobs out there. If you want to be able to shoot interesting and varied work, you have to go freelance. It is not ideal, and you give up a lot of job security, but it’s all pluses and minuses.

Did you first get into photography and filmmaking as something that happened to you, or as a personal interest? What really made you start in this industry?

It was really accidental. As a teenager, I didn’t know exactly what I wanted to do. I picked subjects in school to study what interested me rather than having a real academic goal. I certainly did not want a traditional vocational job and didn’t really want to go to university either, because I didn’t have a real goal about what I wanted to do. However, I knew photography was something I did as a hobby when I was a kid. I thought maybe I should get into television news because I knew a family friend in the industry, so I went out on a day to see how it is. It turned out fantastic, and that was when I realized it was something I would like to do. I spent 6 months applying for an entry-level job at a TV company. It’s not like I set out to be a filmmaker or anything, I just wanted to do something with cameras. Then I had a chat with a photographer about potential careers, and he actually told me against it. He said there is a new thing called “digital” coming in which is going to disrupt the industry. “Don’t get into photography, get into video because that’s the future”, he said. So it was his advice that put me on to this path. I’m not one of these people who has been making films since the age of 8. I kind of just fell in and ended up really liking it, so I got lucky. How did you discipline yourself as a freelance filmmaker/photographer?

I have actually relaxed a lot more over the years. When I first freelanced, it was non-stop and I took every job offered to me. As a freelancer, you don’t know when it’s going to stop and it’s normal to have that worry. Once you get past that insecurity, it’s much more enjoyable. As a freelancer, you actually work way more, because you don’t know when you’ll be established enough to be sure you have work coming up. I also do a lot of workshops, so what I’ll sometimes do is have those booked ahead. I just came back from a film festival in Portugal where I did a talk about drones, and that was booked all the way back in February. It’s nice to have things in a diary for the distant future so you know, “At least I have work here, here, and here.” In the end, you won’t be like “Oh my god, I don’t have any work next month, what do I do?”. A lot of my colleagues actually do experience that, and it really stresses them out. I try my best to relax and believe that things will come through. Many times, work does annoyingly come through last minute though, but canceling on people because something better comes along is not an excuse.

What inspired you to try 360 photography and filmmaking?

I am excited to do 360 photography because it is a different way of filming, it is a different way of thinking, and it is incredibly challenging. People don’t seem to realize that 360 video is way more challenging than traditional video because you have to show them where to look, while with traditional 2D cameras you’re just editing shots to create sequences that they passively watch. With 360 they’re let loose in this world of looking around, and the storytelling takes place under your direction, or else they get bored really quick. It’s that challenge that is exciting to me. What I’m looking to do is my first 360 documentary, and I’ve seen a few online but none of them have grabbed me. I feel like they are in 360 video only because they use a 360 camera, not because the 360 cameras were needed. It’s about finding something that justifies the use of a 360 camera. That is my current plan, to find something that is better because it is in 360 and with a story that justifies it. What are some challenges you experienced with 360 filmmaking?

When it comes to VR and 360 video, it’s something I’ve been experimenting with for only about two and a half years. This was around the time I bought my first 360 camera. It has mostly been experimenting, simply because I have found the video quality from the cameras to be rather disappointing. I did one professional job with 360 video last year, and it came out alright, but mostly I have been really frustrated by technology. I had negative experiences with multiple camera rigs due to it being expensive with an awful workflow. The chances of it going wrong during a shoot are really high, so I’ve just been avoiding it.

How did you learn about the Pro? Why did you choose it for your project?

I was aware of Insta360 as a company after I bought the Insta360 4k a year and a half ago, then I bought the Nano. I probably own up to thirteen 360 cameras alone. None of them were that expensive, although a couple of them did cost about £800. The video was never great, and it was a frustration. It’s fine to throw on Facebook and stuff like that, maybe even YouTube, but to the point of putting it in a headset, it’s not good enough. I was incredibly interested when Coco told me about the Pro having the capability of 8k. My experience with the camera has proven to me that the Pro name is totally justified.

It wasn’t until the Insta360 Pro came along which are really changing things. I used it for a couple weeks in Greece over the summer and I did a lot of playing with it to just see the quality I could get. There so many 360 cameras to choose from, but it all comes down to the resolution. Although the stills are generally pretty good, the video remains as the biggest issue. The Insta360 Pro is the first 360 camera I used that I can confidently use professionally. This will be a really interesting change for me because it will be used not as something that will replace my traditional cameras, but as another tool. I think having this small device which produces such quality images is really going to open creative opportunities for me. What are reactions you get from your friends and family about what you do?

Yeah, I think my family is proud of what I do. They love it when a television series I shot is being broadcasted. Although they do have to put up with me constantly filming and photographing them because I’m never without a camera. My Dad will be like, “Why are you always taking photographs of us? You took photographs of us last week!” I’m like, “Yeah, so? Taking photographs of a different location, different place, why not?” It is nice to have photographs because the process is something that I truly enjoy doing. I think my friends like it when I come to visit because they would get a load of fantastic photographs with their kids. They get these albums of photographs that are normally better than the photos they have on their iPhones. I probably get more invites to my friend’s house for that reason alone rather than my actual company! 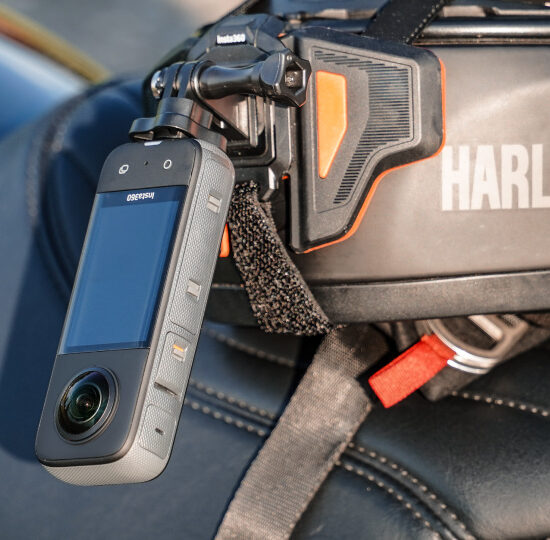