Our long-awaited pre-recording function is finally here. Pre-recording allows for users to quickly capture footage prior to actually starting their recording.

Whether you’re waiting for a big catch, the next wave, or to perfect a move, pre-recording makes the process even smoother.

This saves vital SD card storage and time when filtering through your footage.

Me Mode has also received some tuning, with the ability to now shoot at 24, 25 or 50fps, in addition to the already supported 30 and 60fps.For those of you new to the scene, Me Mode handles your reframing automatically, allowing for you to be in the limelight just as the action hits. Effortless and faster than ever, you can have awesome centered shots in no time.

If you’re planning a more cinematic shot, these increased shooting options should help meet your requirements.

New frame rates are also available for 360 video. 4K 360 videos can now be filmed at 24, 25 or 50fps. These new modes are particularly useful for cinematic scenes or to accompany other footage at a lower frame rate.

3K 360 now supports 100fps. For action that requires those extra frames just as it gets interesting, this one is for you. If you’re planning a slow motion shot and need to reframe at the peak of the action, this frame rate boost should prove useful. There are more optimizations that have come with this latest round of updates – including an upgraded AI editing algorithm. Auto Frame is now faster than ever before, meaning quicker, easier reframing. The new firmware update is out now for X3, accessible from the downloads page here.

For anyone on the lookout for a 360 action cam this holiday season, these new features make X3 an even more compelling choice. Insta360 X3 is available now at the Insta360 store and select retailers.

Insta360 continues to build and develop their range of cameras, with plenty of exciting announcements on the horizon. Stay tuned on Insta360 social channels or here at the blog to keep up with the latest. 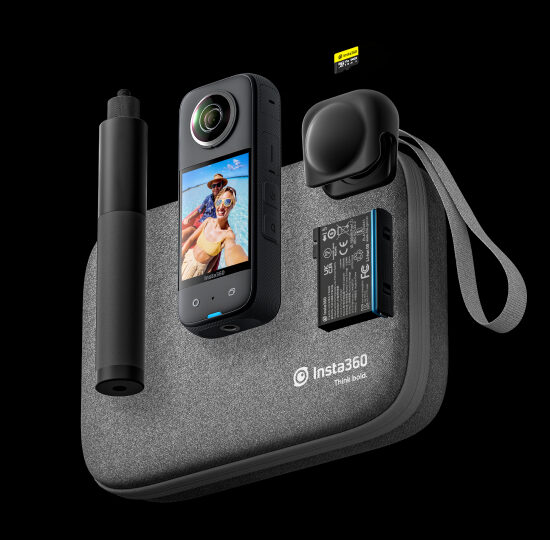