Jonathan Rea has had one hell of a run in the World Superbike Championship.

From his first championship back in 2015, Jonathan has had an inspiring run of six consecutive championship titles. The only man to ever do so in World Superbike Championship history!

We caught up with him recently as the 2022 championship rages on, in our latest Think Bold video series. He sat down with us to discuss growing up, his latest title fight, and what Think Bold means to him.

Growing Up with Two Wheels

Rea started riding when he was young, following his father as he took a win at the Isle of Man TT in 1989. When he got his first 50cc bike at age 5, it helped him set his sights on a career in two-wheel motorsports. At age 10, he committed to road racing, and his success story began, from the British Superbike Championship to finally the world stage.

From amazing highs to crushing lows, Jonathan has consistently been fighting at the front of the World SBK Championship for years and is still hungry. Jonathan continues to push for a seventh title, saying “After six world championships, you think I should go home and retire but I’m thinking bold. I want the seventh title.”

As the exclusive action cam of the Kawasaki Racing Team, Insta360 X3 gives the team some stunning angles and shots you traditionally wouldn’t see from an onboard rider.

Rea comments that even when viewing the footage back, he gains an insight into how he positions himself for every corner, reviewing how to maximize every apex.

“When I first starting using Insta360 cameras… I was even surprised by the outcome. Cause I could see myself on the bike. That was super cool for me as a rider, I could educate myself on what I can do better.”

For the average track day rider, watching back how you ride can be a crucial part of the learning process: made simple with X3 and our Motorcycle Mount Bundle!

As the year closes out, the World Superbike Championship heads to its final two rounds: Indonesia and Australia. Rea currently sits third in the standings, posing a threat in the final races. We’re backing Rea and the Kawasaki team as our partners and can’t wait to see him take that seventh championship! 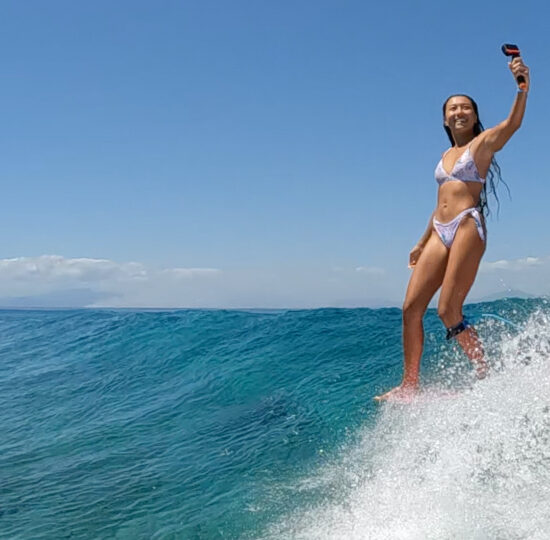