The prestigious CES Innovation Awards announced today that Insta360 has been honored for two products, the Insta360 Pro and Insta360 ONE cameras, in the Virtual and Augmented Reality product category.

The two 360-degree cameras – a high-performance professional camera and a consumer action camera – were recognized for innovations in design, engineering and user experience that propel them to the forefront of the industry.

“360 cameras are a revolutionary storytelling tool, and our mission is to make them accessible and fun for everyone,” said JK Liu, founder and CEO of Insta360. “The heavy focus we put on R&D is a means to that end, and it’s thrilling to have our efforts recognized by some of the leading voices in tech.”

The annual CES Innovation Awards are judged by a panel of independent industrial designers, engineers and journalists, with the aim of recognizing products that define the cutting edge of consumer electronics.

Both honored in the virtual and augmented reality category, the Insta360 ONE and Insta360 Pro occupy unique segments of the 360 camera market.

The Insta360 ONE is the most versatile 360 camera ever. Compact and easy-to-use, it offers standalone use, remote control via Bluetooth, and direct connection to a phone for 360 live-streaming.

It also introduces the world to FreeCapture, a unique way to re-capture the best parts of a 360 video in a traditional, rectangular frame. Among the feature’s key innovations is the way it lets users re-capture their favorite footage by moving their phone around in real-time, exactly as if they had gone back in time to relive an experience.

The Insta360 Pro is a VR filmmaker’s Swiss Army knife — a 360 camera offering a high-performance feature set never before available in an intuitive, all-in-one tool. Capable of stereoscopic (3D) 360 stills and video in up to 8K, the Pro’s onboard stitching makes VR creation simple.

Its unrivaled balance between performance and accessibility has made the Pro the go-to camera for everyone from CNN videographers to a Myanmar startup working to preserve the country’s heritage in VR. 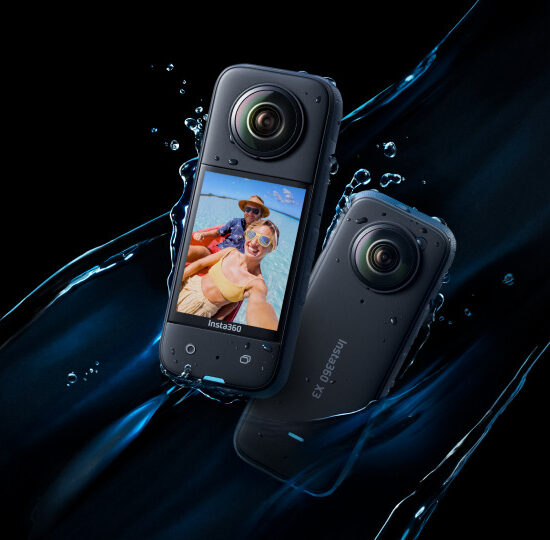